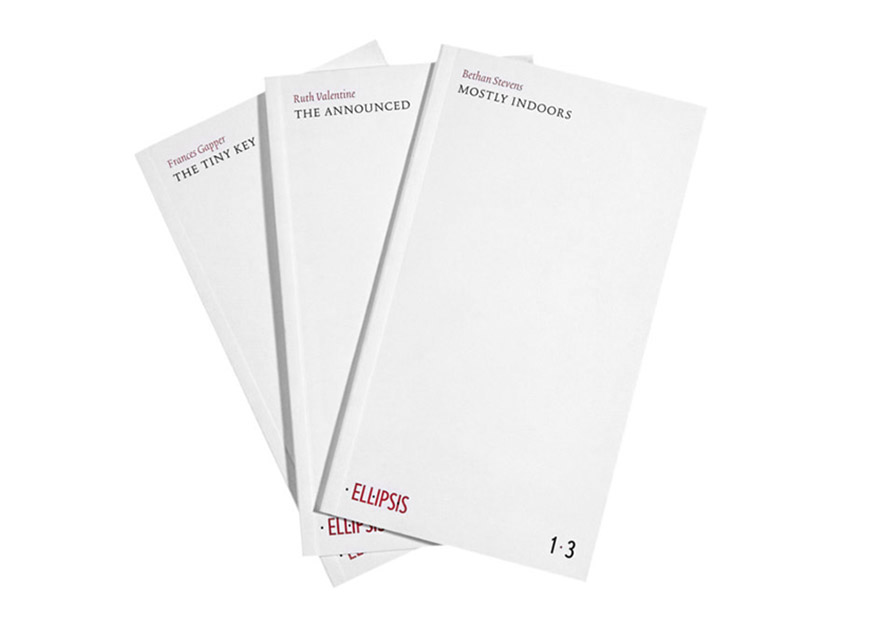 ELLIPSIS is a literary series published as a set of three 32-page booklets. Each volume presents a trio of contemporary writers offering a selection of forms, philosophies and densities of language.

In the first volume of Ellipsis, ten poems by Ruth Valentine visit disparate landscapes from the Sussex Downs to the streets of Baghdad; in each setting historical voices are rescued from silence. Frances Gapper’s flash fiction explores the interstices of language and memory through a fleeting host of characters, including a fox who marries a man, a gatecrashing hermit and an airborne pig. The six stories by Bethan Stevens have six cities as their backdrops, from Bogotá to Paris, each one acting as a catalyst for narratives of inner adventure and understated magic.