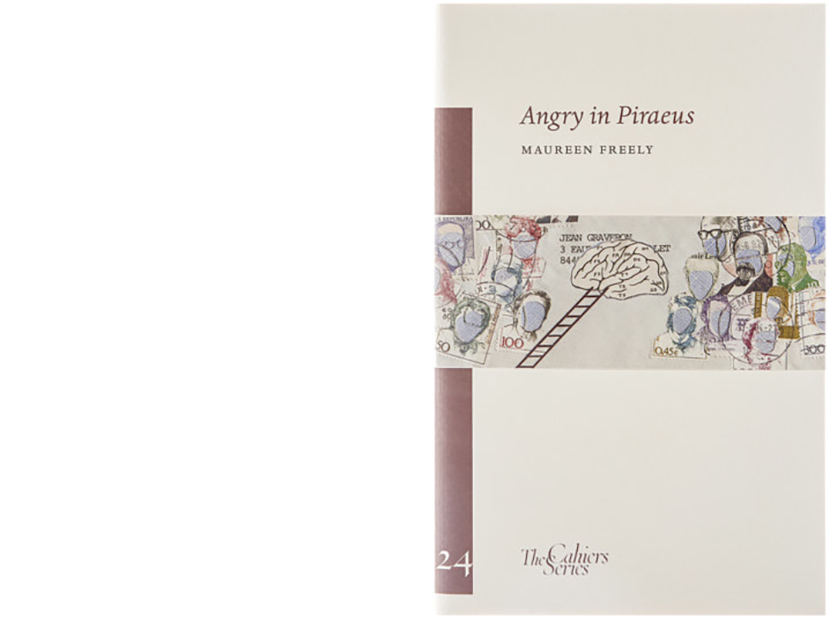 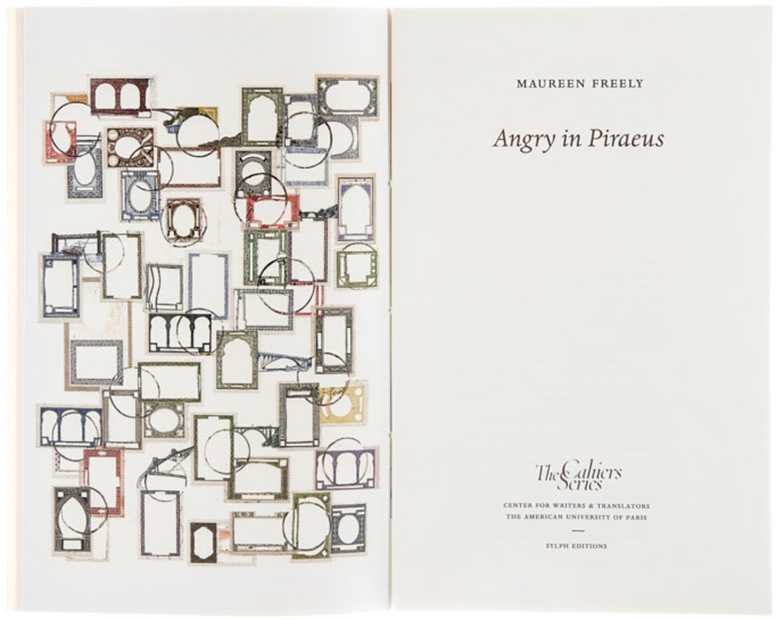 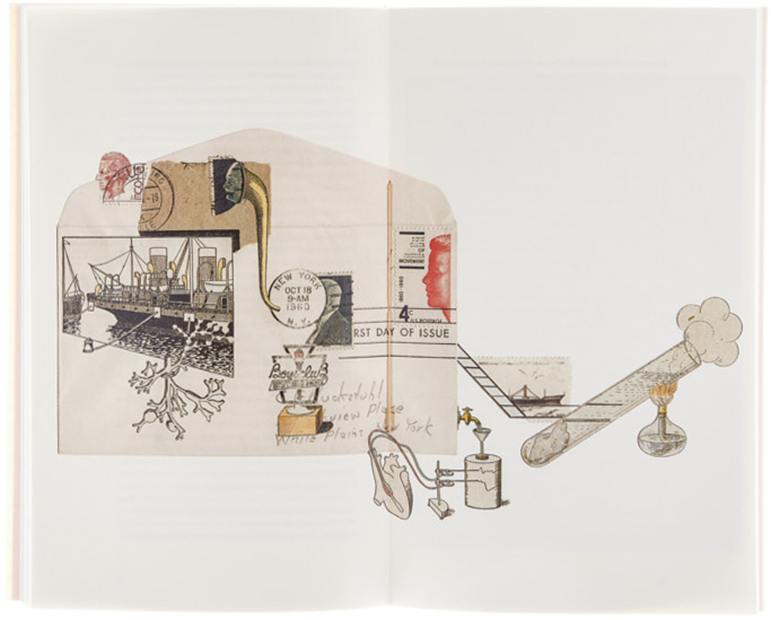 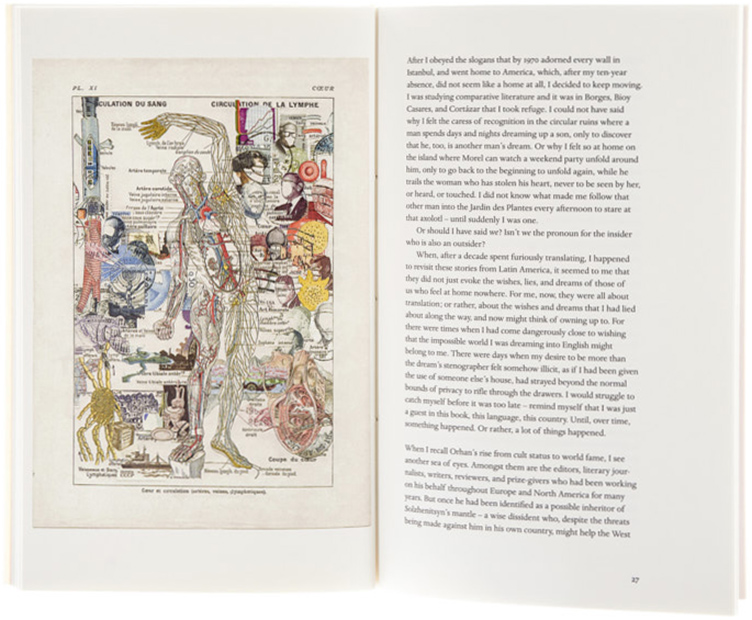 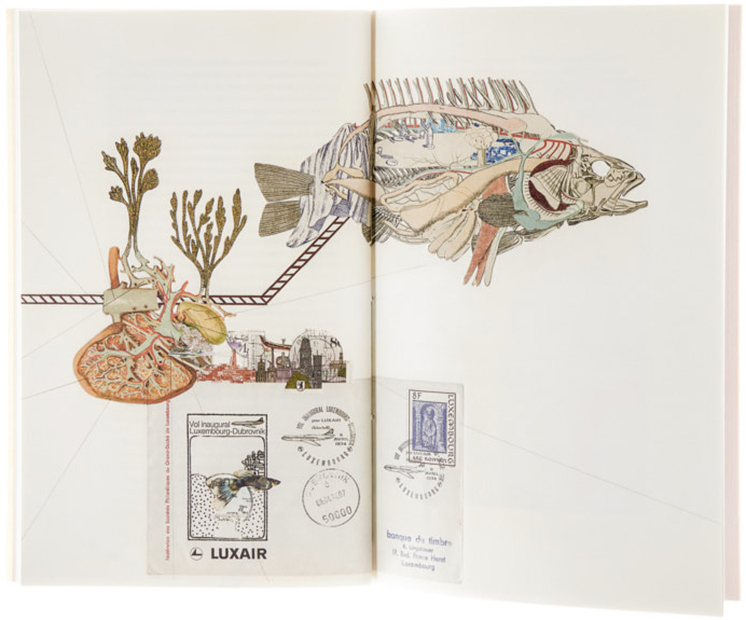 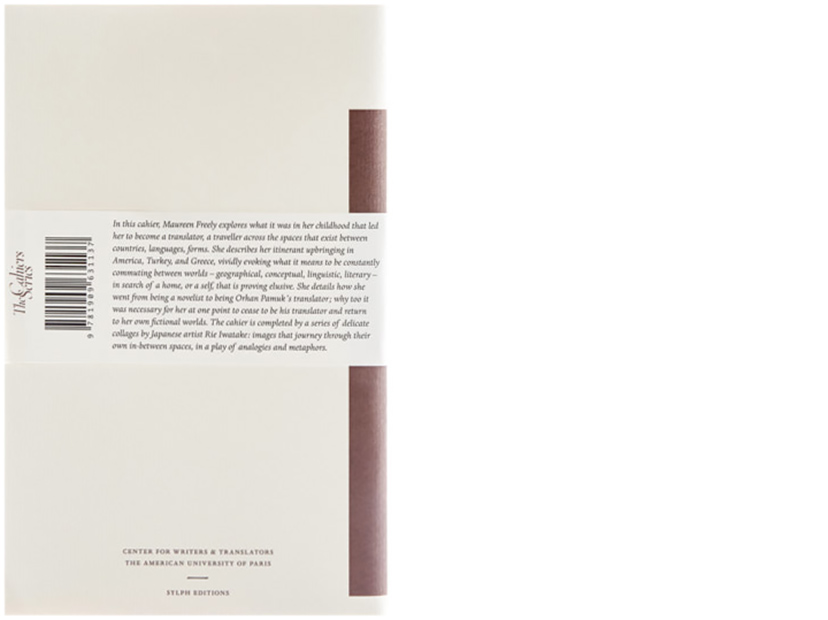 Angry in Piraeus is the story of the creation of a translator. In this cahier, Maureen Freely explores what it was in her childhood that led her to become a traveler across the spaces that exist between countries, languages, and forms. She offers rich descriptions of her itinerant upbringing in America, Turkey, and Greece, vividly evoking what it means to be constantly commuting between worlds – geographical, conceptual, linguistic, and literary – in search of a home, or a self, that is proving elusive. She tells of her transition from novelist to translator – specifically, the English translator of Nobel Prize-winner Orhan Pamuk – and of how eventually she found it necessary to give up translating Pamuk in order to return to her own fictional worlds.

Freely's meditations are accompanied by the playful collages of Rie Iwatake, a Japanese artist with her own experiences meandering between cultures. The resulting book is an unforgettable meditation on translation, writing, and life itself.

Choose it as part of the boxed set of 6