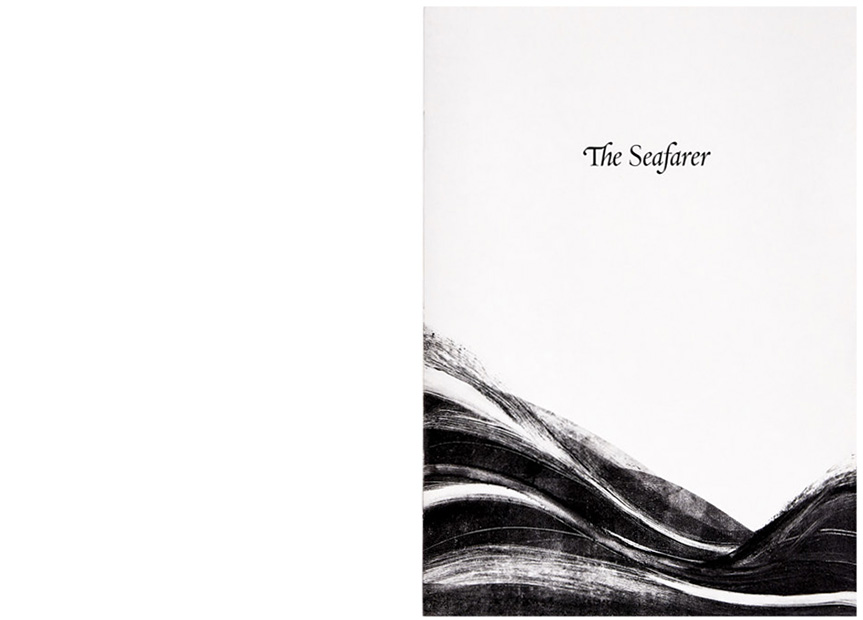 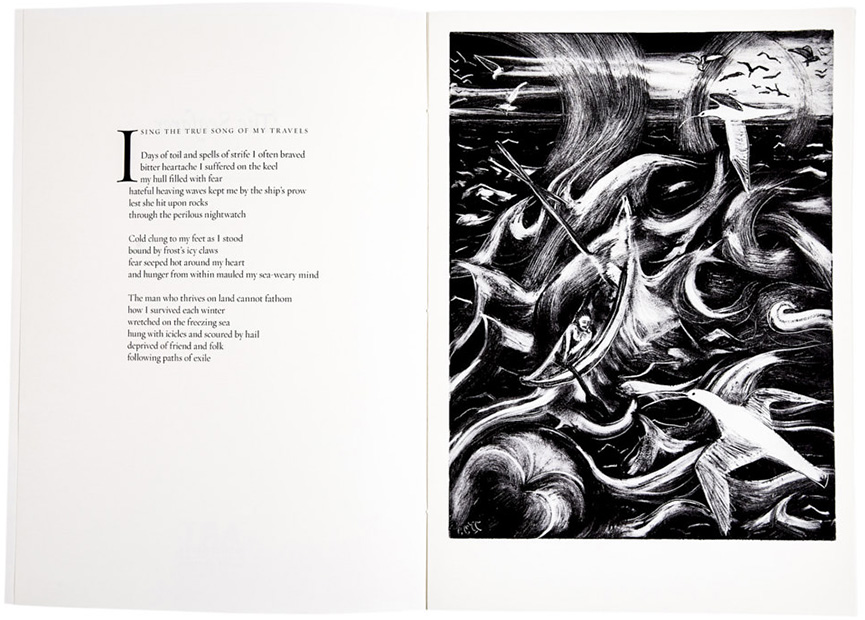 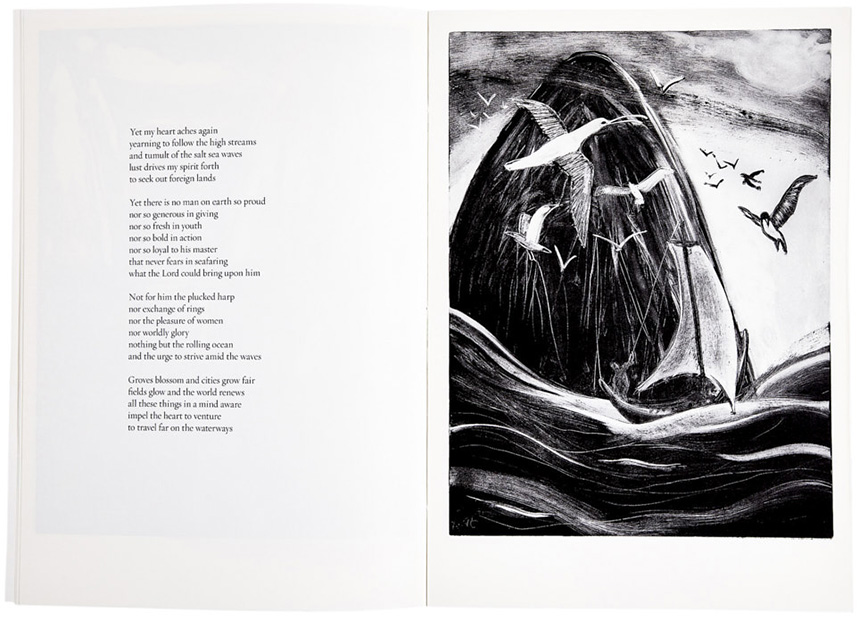 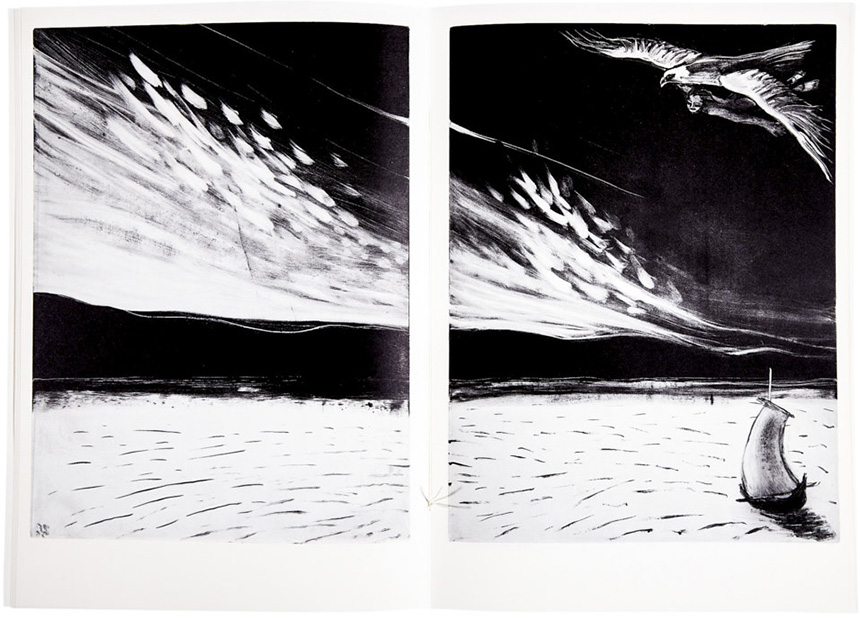 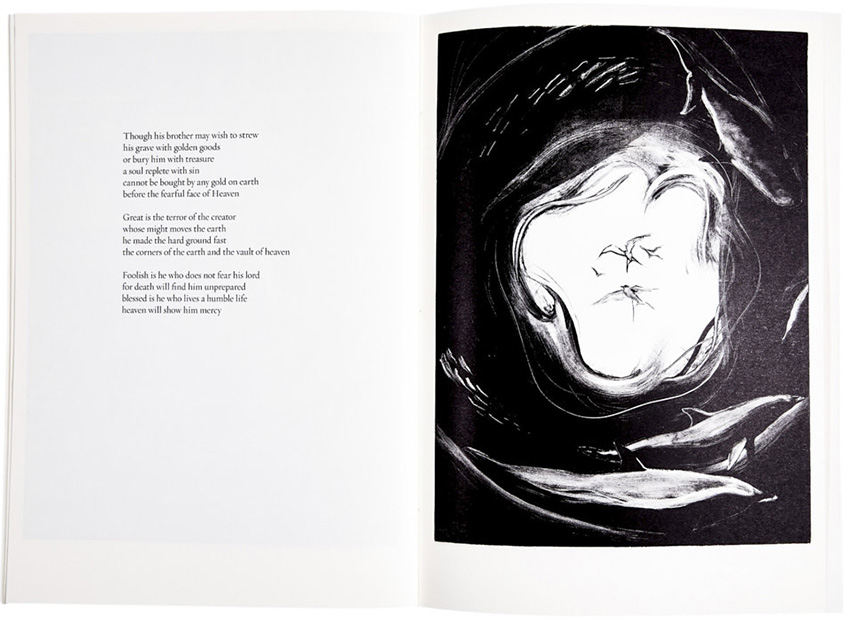 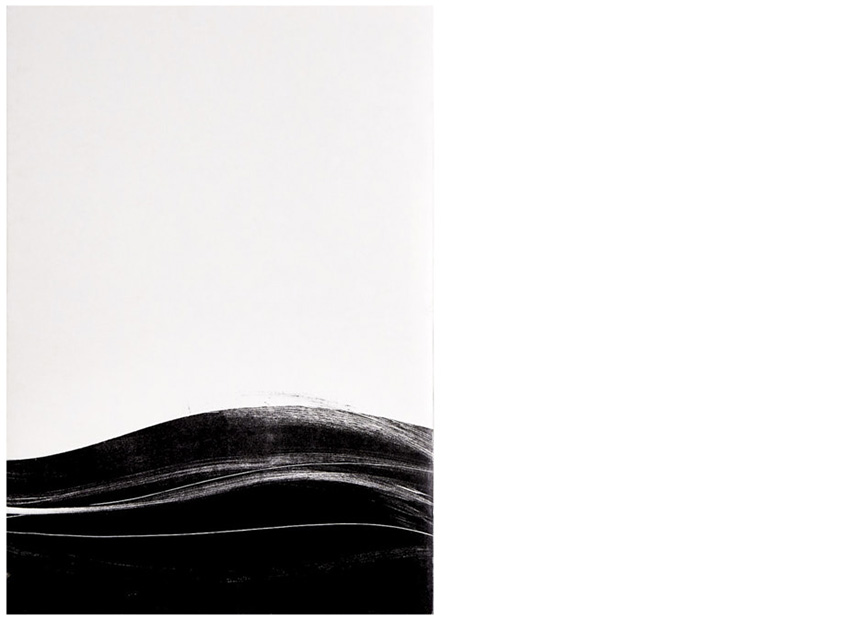 The Seafarer is one of a group of Anglo-Saxon poems found in the Exeter Book, Codex Exoniensis, donated to the library of Exeter cathedral by Leofric, the first Bishop of Exeter (d.1072). Compiled around 970, it is the largest surviving collection of Old English literature.

The poem tells the story of life’s apparent futility through the words of a lone mariner. There have been many interpretations of the poem since the mid-19th century but Amy Riach’s strong and expressive new translation seems to empower the voice of the Seafarer. Her careful and informed attention to the original Anglo-Saxon, combined with an intense poetic sensibility, offers us an abiding ‘song,’ which speaks to us through the long tunnel of time.

In the year 2000, Artist Jila Peacock and composer Sally Beamish collaborated on a multimedia Piano Trio based on the poem, which premiered at the Alderton Music festival in Suffolk (the piece went on to become the basis for Beamish’s second viola concerto, The Seafarer in 2002).

In this large-format limited edition, all of Jila Peacock's magisterial monoprints are reproduced alongside the poem. Together they create a formidable publication that like her previous Ten Poems from Hafez, celebrates the happy marriage of text and image.

This first edition is limited to 100 copies, three of which are hors série.
12 copies – lettered A to L – are signed, slipcased and accompanied with an original monoprint by Jila Peacock.

See also The Art Monographs edition of The Seafarer.