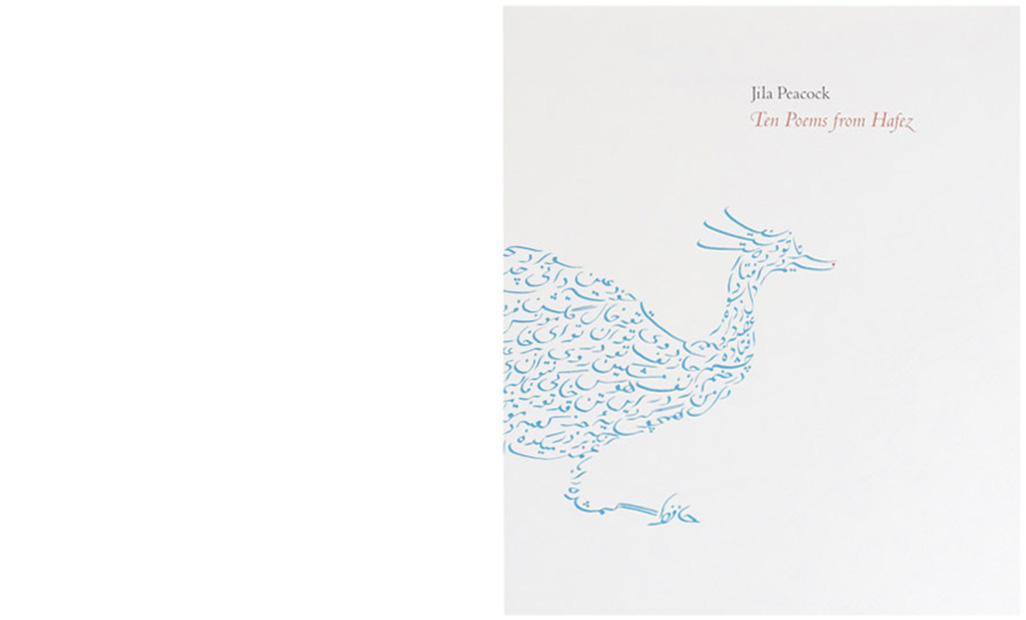 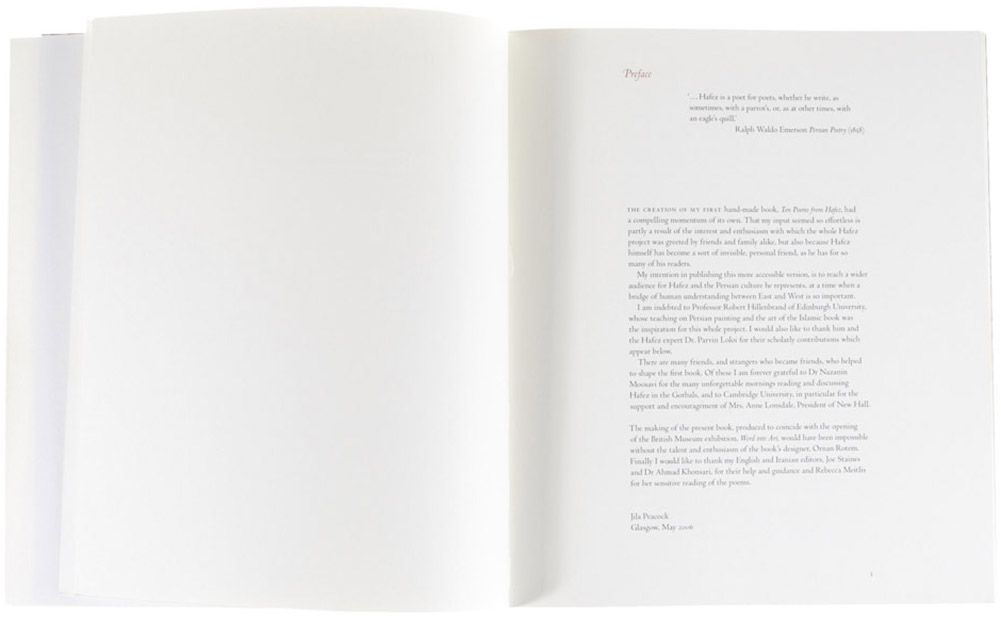 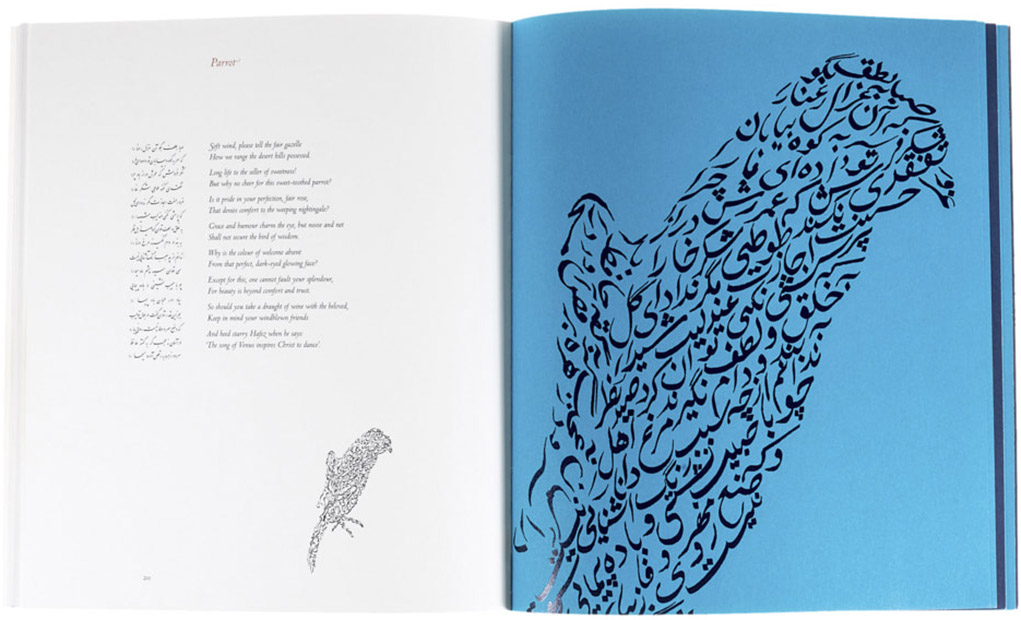 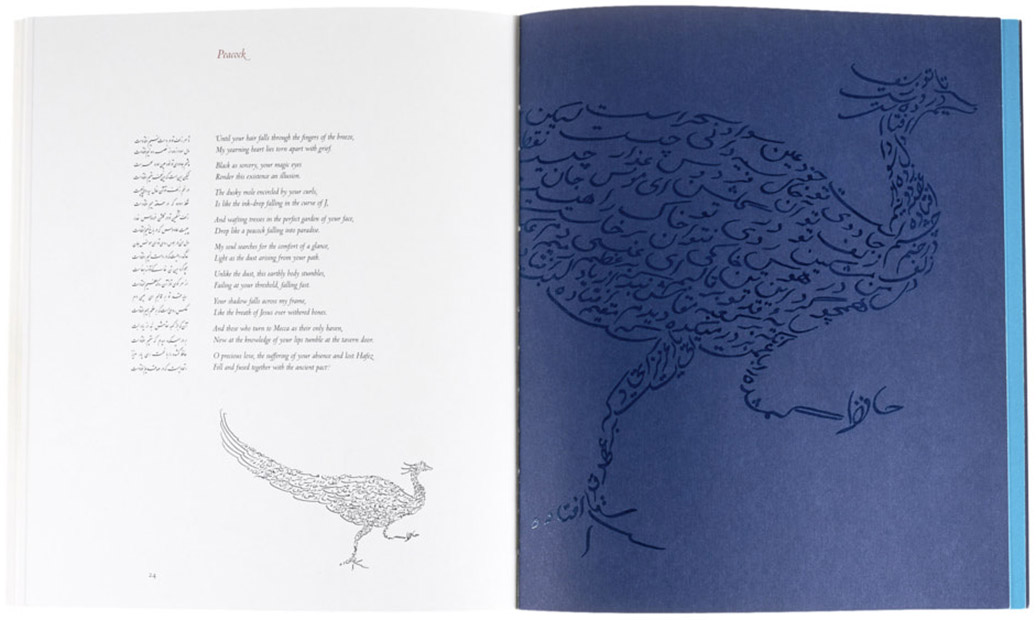 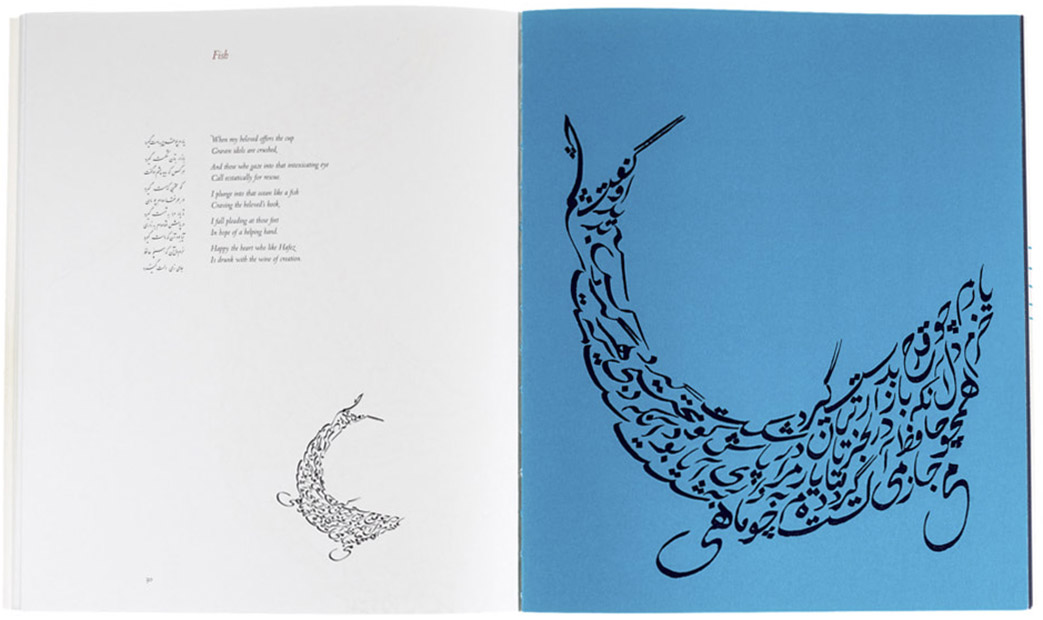 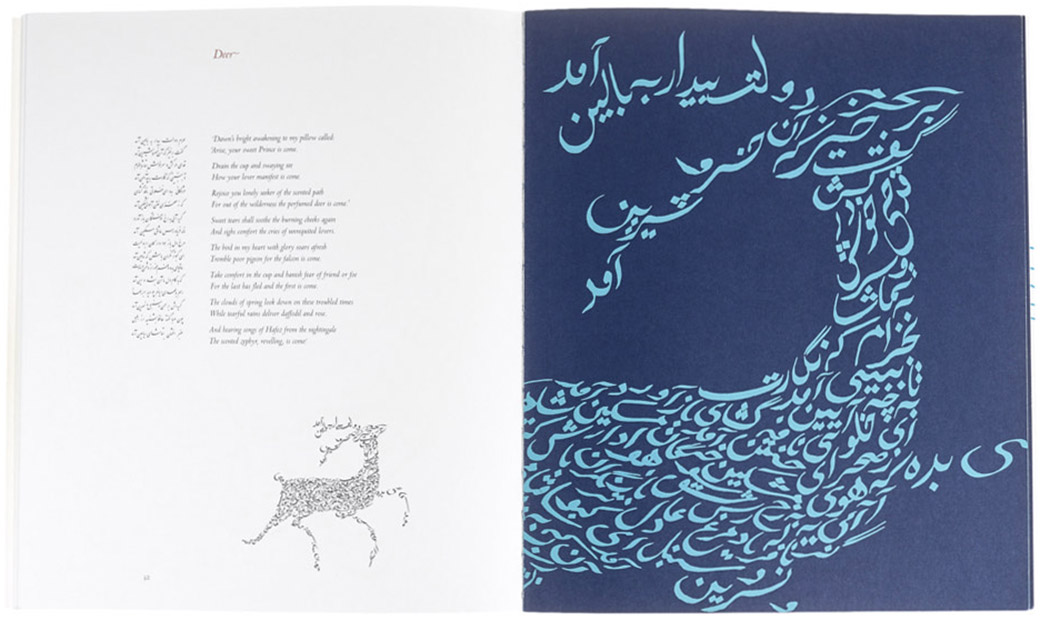 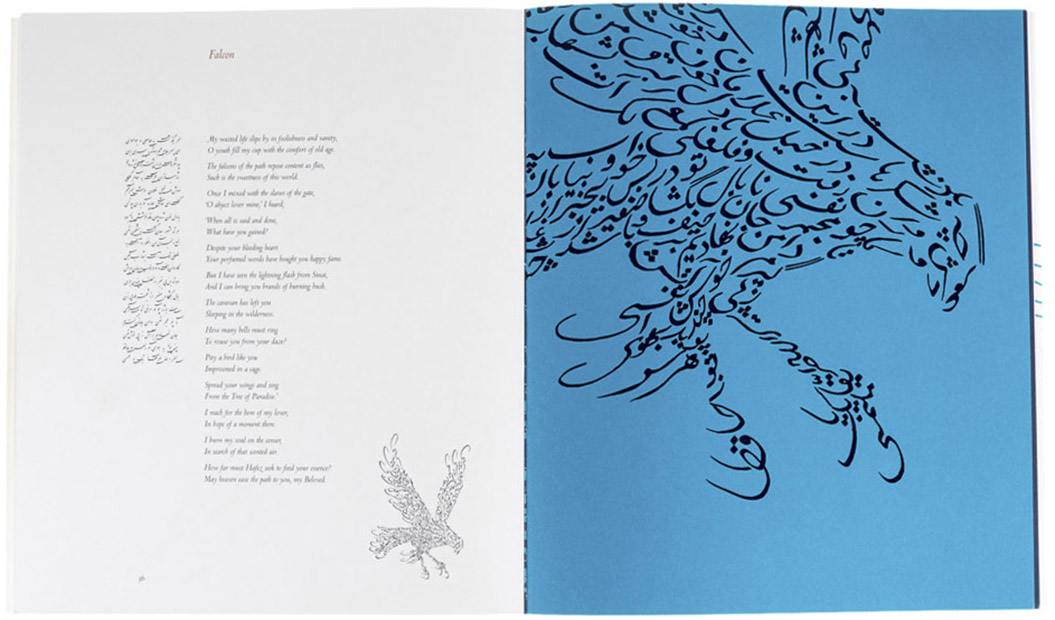 ‘When the image and the poem from which it is taken are considered together, and the reader meditates on the connection, the words of Hafez come alive in an unexpected and gripping way.’ Robert Hillenbrand

Hafez (d. 1390) is Iran’s premier and most quoted lyric poet. His status in his own country, and his universal appeal, can be compared with that of Shakespeare in the English-speaking world. The painter and printmaker Jila Peacock has chosen ten love poems from Hafez and following the footsteps of the great Islamic calligraphers, has produced ten shape-poems that sit by her own translations from the Persian. Accompanied by Robert Hillenbrand’s erudite introduction and a foreword by Parvin Loloi, this book is an exceptional achievement, a celebration of the marriage between word and image.
The original limited handprint edition of this book forms part of the collection of many important institutions, among which are the British Museum, the Fitzwilliam Museum and the National Library of Scotland.

The book is also the subject of an animation film, Tongues of the Hidden, by David Anderson, Jila Peacock and Animate.

Ten Poems from Hafez is the winner of the British Book Design and Production Awards 2006 (Literature).